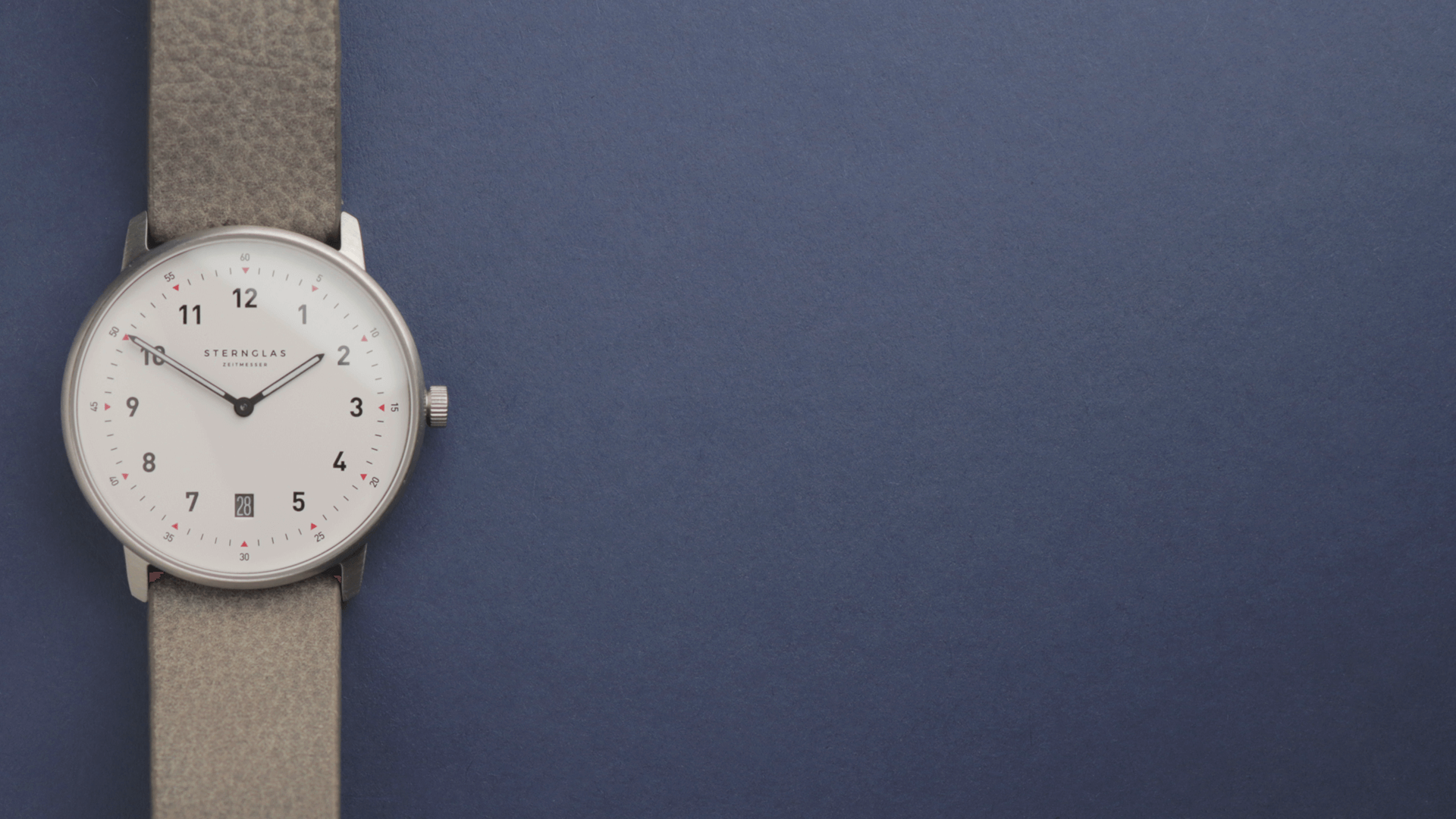 Casio A700 Review | Is This Ultra-Thin Casio Better Than The F-91W?

For years, I thought the Casio F-91, and its silver brother the A158W, would never be toppled as the best-value digital offerings. Since reviewing those, I’ve showcased a string of Casio watches that have never quite lived up to that reputation, despite being solid in their own right. Today, that ends.

Casio has released a new watch that could very well take the mantle from its famous forebearers.

I’ve heard a few people in the comments of my YouTube videos mention how Casio watches are an addiction. When you’ve bought more than one you can’t stop. I can confirm that is most certainly the case. It’s weird considering that many of their popular watches are fundamentally very similar to one another, with digital displays, retro appearances and low-cost materials.

Nevertheless, when browsing Amazon (as part of our recent collaboration), something slightly unexpected cropped up. A great-looking Casio that appeared to have a 6mm thickness. Surely, this has to be a typo?...as is sometimes the case with these watch listings. I mean, even the listing has this titled as a ‘women’s watch’, despite a man being modelling it in the stock images!

As someone who loves thin watches, I thought I may as well take the gamble to see if it’s legit and how it stacks up versus some of the other Casio watches we’ve covered before. This one cost me just over £30 on Amazon,

The watch arrived in the same basic Casio packaging that you’ll be accustomed to. It’s nothing special, it just gets the watch to your door in one piece.

Upon opening the box, a huge grin pushed its way across my face as I instantly knew this one was an absolute winner. My goodness is this handsome for a little digital watch! Let’s get the dimensions out of the way before we take a look at the aesthetics though.

While it appears square, the watch isn’t quite as boxy as you might think, with a 33mm diameter and 37mm lug to lug size. When combined with the bracelet, which we’ll talk about later, it sits very nicely on a male wrist, though is better suited to those after a smaller watch. It looks awesome on my 6 ¼ inch wrist for instance.

What looks and feels even better is the crucial dimension, the thickness; or, lack of it, in this case. No, the title isn’t clickbait, this watch is indeed super thin. They kind of got the diameter wrong, claiming it was 35mm (which must have included the pushers), but the 6mm depth is accurate. This surpasses the infamous Daniel Wellington, becoming the thinnest watch I’ve covered on this blog to date. For comparison, the popular F-91 comes in at around 8.5mm, which is thin in itself though this A700 does feel notably slimmer.

Fortunately, because it’s not paired with a large dial like many thin fashion watches are, it doesn’t feel like you have a frisbee on your wrist and is instead very comfortable. It sits beautifully flat, without digging in or threatening to extend over the edges of your arm. I remember having a conversation with my dad a few months back and he told me he liked how those DW watches were so thin; thankfully we now have a good alternative that I won’t have to roast him about.

So, the dimensions are a great selling point but are they worth the 40% price increase over the likes of the A158? Well, it turns out that you’re not just paying extra for the sake of the slimness. In-person, this watch looks and feels better.

Firstly, the case finishing is something I instantly noticed. It has much cleaner and sharper lines than it’s predecessor, which could be partially attributed to the angular styling this watch aims for, though it does feel like it’s been executed to a higher standard.

Despite the high-shine finish, this is still constructed of the same chromed resin, which is a standard at these low price points. This will scratch and dent over time, though I must say it still looks rather impressive for such a budget material. I particularly like the smaller bulges around the pushers, along with the horizontal engraved lines that adorn the lug area.

With the A158 and A168, the cases clash with the stock bracelets, which are of a completely different finish and tone to one another. On this A700, the contrast is still there, however, this time it looks good! The silver panels at the top of each bracelet piece may be matte, but they are about the same tone of silver as that used in the main case; giving an interesting multi-textured aesthetic that adds to the style of the watch when unfolded.

The 18mm bracelet is fairly standard – it’s a basic stainless steel Milanese with a slide clamp securing mechanism, to suit various wrist sizes. In terms of quality, it’s a big step up from the rubbish bracelets found on many Casios and certainly pinches fewer hairs; though it is less flexible than link bracelets, so I could see how some would say it’s less comfortable. Regardless, it looks really good and is better than I expected on such a cheap watch, it even has a signed buckle. Other versions of this watch come with different bracelets, though I can’t comment on their performance.

I chose this one in particular because of the way it looks. You might consider this one a bit dull, but for me, I like versatile watches, which I can chuck on with virtually any outfit and this fits that bill. Some of the other models do look funky and retro, however, I just saw that grey dial with a blue undertone and knew instantly that it would suit my wardrobe very nicely.

The face has a rather symmetrical design, with the logo and text generally positioned towards the centre. I think it looks quite classy and I prefer the less cluttered design compared to some of the older watches; though that is going to be subjective and based on what you prefer.

Something that’s not up for debate is the display; which is objectively an improvement. While the square-on legibility is about the same as the previous models I’ve tried, the viewing angles are much better. There is no shadow behind the characters even at extreme angles, which is something you can’t say for the venerable F91, which slowly fades away. Nevertheless, this is a very minor factor that you won’t notice in practical usage.

The module in here works in the same way as the popular Casio models you may be familiar with, including the typical stopwatch, alarm features and more. One upgrade is the backlight system. This doesn’t appear to be the ‘illuminator’ technology, rather a more traditional side light system. The F91 has a notoriously poor side light, which thankfully isn’t replicated here as the orange glow is much brighter; equivalent to that on the A168 in dark conditions.

Keeping the module secure is the common screwed steel rear, which provides an advertised 3 bar water rating. Casio’s reputation suggests that this watch is likely capable of better water exposure than the marketed figure, though I’d maybe stay clear of regular swimming whilst wearing it until this watch has proven itself.

It’s a similar story with battery life, which is listed as 3 years. That’s good by regular watch standards, though maybe slightly disappointing for a Casio – my dad has had his F91 last close to 10 years on a single battery. Perhaps the brand is also lowballing their claims with this, to be on the safe side?

When it comes to identifying weaknesses and things I don’t like about this watch, I’m stuck. I guess in an ideal world, I’d love to see this with stainless steel construction and better glass, rather than the acrylic that’s in place. Yet, that would come at an increased cost and perhaps would lessen the charm.

As far as £30 digital watches go, I’m unsure if you could find anything better right now. It’s another phenomenal achievement from Casio; I’m already looking forward to their next release. To answer the title question; yeah I think it’s better than the F-91W and if you’re willing to splash the extra I’m sure you’ll love it.

WATCH THE FULL ‘CASIO A700 REVIEW | IS THIS ULTRA-THIN CASIO BETTER THAN THE F-91W?’ VIDEO BELOW:

In this Casio A700 review, I see whether this new thin Casio watch can supersede the famous F-91 and A158 models and become the new king of cheap digital wat...

READ NEXT: BEST SLIM WATCHES FOR MEN (ALL UNDER 9MM AND AFFORDABLE)﻿